Take the game, find the Space Invaders (in Paris and elsewhere)
and flash them via the mobile application "Flash Invader"!

WHAT IS A SPACE INVADER ?

A Space Invader is a small mosaic pasted by the artist Franck Slama on the street corners of more than 70 cities around the world.

Franck Slama is a street artist and mosaicistFrench, born in 1969. He was trained at the Beaux Art de Paris.

These collages of mosaics represent fictional characters (Spiderman, Mario Kart...) cartoons (Smurfs...) or real characters (Picasso, Serge Gainsbourg, ), animals, funny objects or everyday objects. A little monster is Frank Slama's signature and we find him on many Invaders. He continues to stick them all over the world. It is a street art that differs by the material used (small mosaics of color or black and white).

The place chosen by the artist does not necessarily have a relationship with the theme of Space Invaders, even though Dr. House can be found next to the hospital of the Pitié Salpêtrière or a small Pablo Picasso not far from the Picasso museum (in the Marais).

It is a free application to download on your mobile (Flashinvaders, A reality game by INVADER).

You get a score that will evolve according to the number of Flashes and you will be ranked among all the other players.

If they are dragging their feet (for the little ones) or have their eyes glued to their cell phones (for the teens), challenge them! Find Space Invaders in Paris while walking around and flash them with your mobile application.
They will have their noses in the air and time will seem less long if they are reluctant to go for a walk.

Careful, not all of them are real Invaders. Good hunting!

THE GUIDED TOUR "WHEN STREET ART TELLS THE STORY OF THE MARSH".

The objective of this guided tour is to tell the history of the Marais with the support of Street Art and the Invaders.

It is ideal with family, from 8 years old. It lasts 1h30 (for a course of approximately 2km) and is animated by a guide. 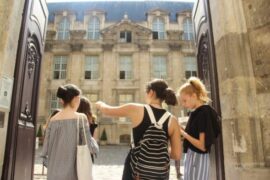 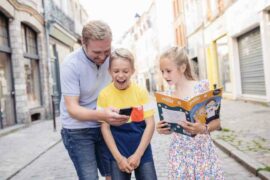 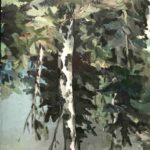 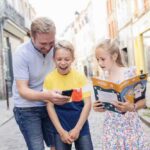 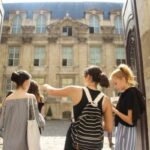