4 fairs, a must every year

Funfairs appeared in the 19th century in France. They are part of our heritage and are the temple of entertainment for all audiences (parents with children and teenagers, youth groups, etc.). There are the traditional rides, bumper cars, shooting galleries, angling? And every year, new rides appear. It's also an opportunity to eat churros, love apples, cotton candy and other treats. The fairs are seasonal. LThe entrance is generally free and paying attractions. In Paris, in early spring, it is thehe Foire du Trône (pelouse de Reuilly) which starts the festivities. Also, the Tuileries party (Tuileries garden) in July and August and the party in Neu-Neu (Bois de Boulogne). In Saint-Germain en Laye (in the 78), during the summer, it is the Loges festival that will delight families. Not quite a funfair but rather a mini amusement park, the garden of acclimatization is the paradise for toddlers.

Read more
When does the Tuileries fair end?

The Tuileries festival usually ends at the end of August

Is the throne fair open?

The throne fair is open in spring and summer, usually from March to May (dates change every year)

Are there fairs in winter?

In winter, the Christmas fair settles in the Tuileries gardens 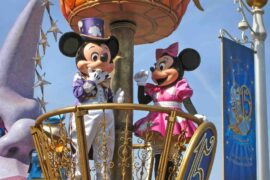 BOOK A day at Disneyland Paris is ideal when the weather is nice, it is always a guaranteed success with... 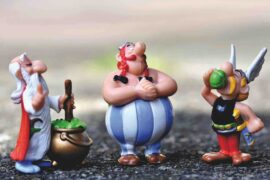 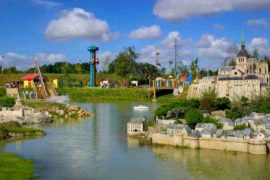 The biggest miniature park in Europe... To discover the whole of France in one day... 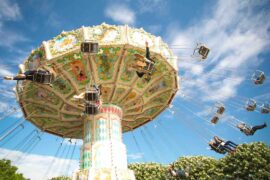 -10% on the Unlimited Day Pass 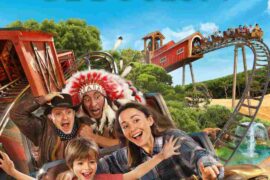 The family theme park on the conquest of the West 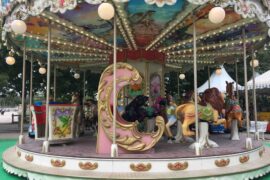 We like: the most family-friendly of the fairsA must: the "pommes d'amour", the waffles... 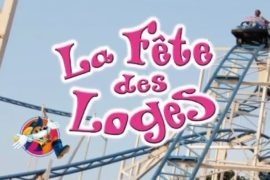